Saving, Storing and Backing Up Your Photos

During a recent Google search I discovered the average person takes 150 new photos a month and has 630 photos stored on their phone.

I can only imagine they include family photos worthy of a Christmas card, vacation pictures destined for Instagram, and shots of the get-together that will be talked about for years. I’m sure there are a number of pictures saved in a ‘Favorites’ folder… and they could all be gone in an instant if that’s the only place they’re stored.

Phones get replaced, computers and hard drives fail, proprietary photo companies close and pictures get lost. If you want your photos to last you need a backup strategy that outsmarts technology glitches, outlasts fires or natural disasters, and gives you peace of mind that the memories you captured will always be there.

That peace of mind comes with having three backup systems in place. Most people don’t have one solution, much less three. I know it sounds like a lot, but I also know how disappointed and devastated I was when I lost six months of photos that included my daughter’s baptism – even after I backed up my photos on a hard drive. That’s why I recommend three backups: a computer backup, an online storage system and a hard drive stored offsite or in a fireproof safe, away from your home, in case there is a fire.

This backup strategy isn’t just for your digital photos, it’s for all of them. Old photos can deteriorate, reel-to-reel film rots and those old school photo albums with the sticky pages? Those destroy the pictures they’re supposed to protect. 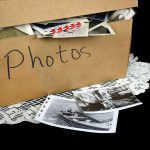 The attic might seem like a good place to get things out of the way, but it’s a terrible place to store photos because moisture and heat break down photos. You don’t need to throw out any of your printed photos, but you should scan and digitize them to a computer so you can enjoy and share them.

In addition to rounding up all photos to scan, you’ll want to collect any loose camera cards laying around. Keeping pictures trapped on cards you haven’t viewed in years isn’t a practical storage solution. At the end of the day photos aren’t meant to be stored on discs, in boxes or under beds, they’re meant to be shared. Here’s the cool part about creating a backup and storage system for your photos – it makes them easier to share.

At the end of the day photos aren’t meant to be stored on discs, in boxes or under beds, they’re meant to be shared. Here’s the cool part about creating a backup and storage system for your photos – it makes them easier to share.

If backing up your photos is one of those things you think you’ll get around to at some point, let’s talk. We can organize your photos and set up a backup system to protect your memories. Send an email to me at linda@unclutterednw.com and let’s talk about what’s on your mind.

Linda Deppa has seen more clutter than you could make in your lifetime - and found a place for all of it.

As a Certified Professional Organizer, Linda has helped hundreds of clients experience the joy that comes from reclaiming their space, and the relief of bringing their shoulders down from their ears when they realize they no longer feel stressed walking into a cluttered home or office.

Linda’s success in working with clients goes beyond her ability to organize their possessions. Her own life experiences, including a life-altering car accident, gives her a deep desire to help each of her client’s live life to the fullest. What starts as an organizing project with Linda often leads to mindset shifts that impact other areas of their lives.

Linda is a member of the National Associate of Productivity and Organizing Professionals and current President, past Vice President, Treasurer and Membership Director of the Seattle-based NAPO chapter.

A skilled presenter and motivational speaker, consider hiring Linda to speak at your next conference or event. Contact Linda via email: linda@unclutterednw.com 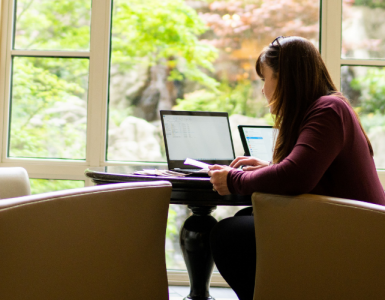 A Little About Linda

Some people fall into the career they’re in, and for some people, it was just meant to be! That is most definitely the case for Uncluttered founder and owner, Linda Deppa. From an early age, Linda has always enjoyed... 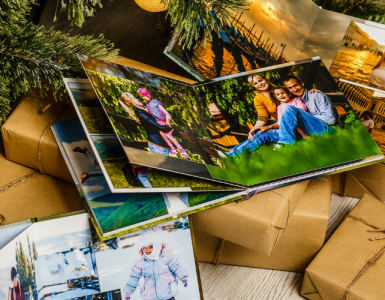 It might seem there’s plenty of time before the holidays, but Christmas will be here before you know it. That means now is the time to start your photo gift projects. Before you object, consider that you’re actually...

If you have been collecting family photos, it might be time for you to curate your collection. Curating is thoughtfully combing through pictures and organizing them in a way that tells the story of your family. Photos...

Don't be shy, get in touch. We love meeting interesting people and making new friends.